Once upon a time, from 2010 to 2012, I lived in a magical place in the Western hills of Wyoming known as Jackson Hole.

I lived in a castle high on a mountain and lived happily ever after.

Okay, being perfectly honest now, this place was pretty magical, and it was a fantastic place to spend a couple years when I decided to run away from home.  If you’re unfamiliar with Jackson Hole, it is a tiny tourist mountain town that looks like this 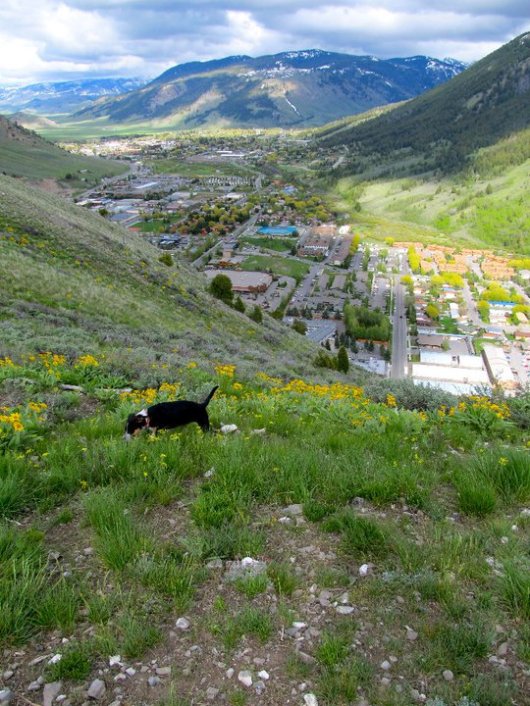 where you go on hikes with your new puppy 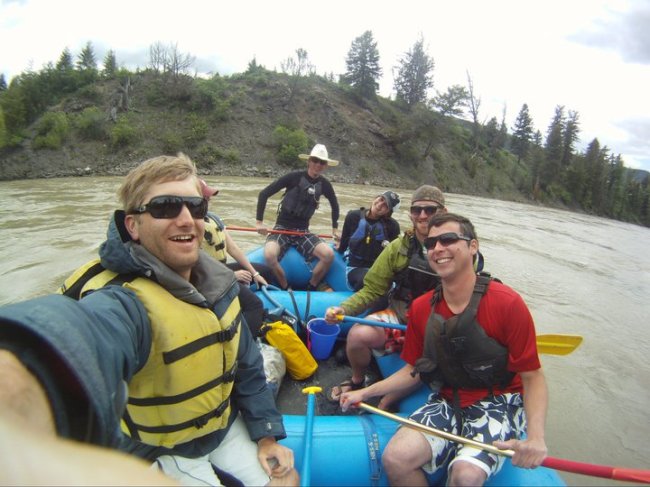 because when I try to snowboard, I mostly just lay down.  So in the case of epic snowboarding failures, one can always rely on this

Let’s be real, I am much better at rolling down hills than boarding down them.

Okay, okay, you get it.  It was wonderful.

There were a lot of things, however, that irked me about Jackson.  Some things that nearly ruined that town for me.  Tourists were one of them.  Granted, a two years’ stay doesn’t exactly make me a local, but the tourists, especially in the winter, were often times self absorbed rich kids on vacation with mom and dad’s money.  Most of them were dudes.  And definitely not men, that word carries way too much respect and responsibility.  No, these guys were 100% dudes or bros, or something else really douchey.

Near the end of my stay in Jackson, my brother-in-law informed me that a couple of his friends from work were coming to visit.  (These were men, not dudes, just to clarify.)  I received their numbers in hopes that we could meet up at some point and I could show them around town a bit, and was happy to offer my assistance.  Did I mention my brother-in-law is a police officer?

There was one night when it finally worked to hang out with them.  I got out of work somewhat late, but as fate would have it, there is a bar just above our basement steakhouse, and that is where these gentlemen chose to hang out until I was finished.  I invited some of my friends from work to join us and we all chatted, laughed, and drank (and in my case, chair danced) the night away.

My new friends were staying in a nearby village that was a decent taxi drive away, so at the end of the night, they offered to have me hop in the taxi with them and take me safely home instead of having me walk in the subzero winter temperatures the couple blocks to my apartment.  What was this chivalry I was experiencing?  It seemed nearly impossible.  I didn’t hesitate to hop in to skip the frigid walk.  A couple other strangers who were headed in the same direction as my friends boarded also and we headed in the direction of my apartment.

When one dude (yes, we’re talking about a dude now) realized that I lived only a couple blocks away, he started brutally mocking me and calling me names that I would not like to repeat since I choose to only include respectful language here. There were a lot of cuss words.  At first I retaliated and said some harsh words back until I began fuming so intensely that I fell silent.

Listen people, I can get pretty argumentative, but that’s always good news.  It’s when I stop speaking and begin stewing in my anger when you need to worry.  We are talking back up and hide in a closet, because shit is about to get real.

The dude kept talking.  I remained quiet.  (Don’t worry, my new friends were standing up for me in my silence)

We pulled into my driveway and the door swung open.  The light in the van went on and I saw the dude’s face.  I couldn’t help it.  I snapped.  I wound up, swung hard and vehemently and slunched him in the side of the face.  (Slunch is an undecisive punch.  Half slap, half punch.)  He was completely caught off guard and I continued to slunch away at him while shouting things like “Your mother should be ashamed of herself for raising such an idiot!”  “You are a sad excuse for a man!” and maybe some other things that I should again, not repeat.  Meanwhile an uproar began with the other passengers and I was slowly escorted from the vehicle.

It isn’t my proudest moment.  I didn’t turn the other cheek.

But dang, it felt good.  And let’s be honest, sometimes, jerks need to be smacked.  It’s healthy for them.  Trust me.

My new friends let that dude hear about it the entire ride back to their hotel.

Violence isn’t the answer, people, but when police officers are present when you physically assault a stranger and give you thumbs up and a pat on the bag, I’d say your angry retaliation is A-OK.

To not raising self-absorbed idiots, may you spank them when they’re assholes,